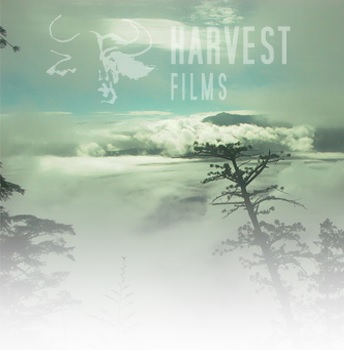 HARVEST Films, o.s, is a Czech non-profit organization specialized in the production of scientific movies and documentaries targeted at the agricultural topic. People sometimes tend to forget it, but cinema is one of the best mediums to catch the attention of people, along with being a way of understanding, expressing, sharing and explaining things.

This is the reason why HARVEST Films offers the expertise in the field of disseminating knowledge among thousands of people over Europe, in order to give your projects the opportunity to reach a far wider audience. Indeed, our past 18 years of experience have taught us how to efficiently reach and deeply captivate the interest of scores of thousands of people from the everyday life, would this be during International Scientific Film Festival screening, or on TV channels, websites, etc.

Over these years, we have effectively been involved many times in film processing and complete film translations, synchronous electronic subtitling for the International Film Festival Karlovy Vary, FEBIO Fest and many others.

Harvest Films is the driver of the initiative “Learning by Films”, on which they are collaborating with four Local Action Groups (LAG). The aim of this initiative is to educate about the importance of agriculture and the main event they organize is the Life Sciences Film Festival (www.lsff.cz/en). Harvest Films would make an excellent dissemination partner not only because of the Film Festival, but also because it is member of different Networks, it cooperates with Universities, Associations of farmers and food producers and many other important stakeholders.

Generally, Harvest Films are a special kind of subject – partially (and legally) a non-profit organizer of educational events, festivals, workshops, seminars, but with deep scientific background (both from the basic research, in the Czech Academy of Sciences, and from the industrial applications, Gilead Sciences – the world leader in drug discovery, and the HIV and other disease therapies) in the fields of biology, synthetic chemistry, biochemistry, and numerous other areas. The business activities of HF range from the development of electronic systems, and full production services for festivals (for example, PORTLINGUA),  to scientific consulting, and knowledge transferring and promoting the advances of agricultural sciences.

Other skills and topics are: