A second meeting within the THEY. EA project – Towards Higher Employability of Youth European Approach was held in the Italian city of Lecce with the partner organisations from the Czech Republic, Italy, Spain, Poland and Bulgaria. The THEY.EA project focuses on creating tools that allow young people to improve awareness about the job and educational opportunities in the EU and this time young people were invited to the meeting to provide feedback on the educational programme being created. The host organisation during  26. -27. January 2016 was the Italian CNIPA PUGLIA, whose efforts made for a very high quality and enjoyable experience for all participants. 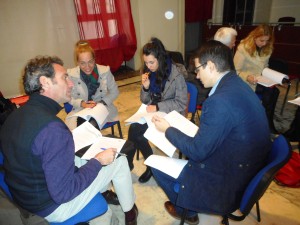 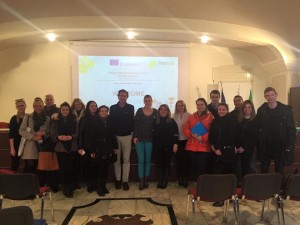 The aim of the meeting was to hear the comments of the young people and to agree on two of the project outputs. The outputs include information and educational brochures intended for young people seeking employment and for organizations that work with this target group. The partners discussed the existing materials of the future brochures with young people coming from the target areas with the highest unemployment, who shared their experience and proposals for the improvement of both outputs. The result of the meeting was a workshop in which the partners and representatives of the target groups were divided into several working groups, within which they prepared the final materials. CNIPA PUGLIA prepared an interesting accompanying cultural programme that allowed not only the representatives of the target group, but also the other participants of the meeting to get acquainted with Italian cuisine and the interesting history of the city of Lecce and the Puglia region.

Currently, the partners are intensively working on the final outputs and the preparations for the last meeting – a conference, which is tentatively scheduled for December 2016 and which will take place in Prague.

For more information about the project, visit the Web page of the project or its Facebook.